Ted Schatzki is Professor of Geography, and of Philosophy and Sociology.  He is also former Senior Associate Dean in the College of Arts & Sciences, former Chair of the Department of Philosophy, and cofounder and former codirector of the University’s Committee on Social Theory, which oversees a multidisciplinary graduate-level teaching and research program in social thought. Schatzki earned a degree in applied mathematics from Harvard University (1977) and degrees in philosophy from Oxford University (1979) and UC Berkeley (1982, 1986).  His research interests lie in theorizing social life, and he is widely associated with a stream of thought called practice theory that is active today in a range of social disciplines, including geography, sociology, organizational studies, education, anthropology, international relations, and history.  Schatzki is the author of five books: Social Practices (1996), The Site of the Social (2002), Martin Heidegger: Theorist of Space (2007),The Timespace of Human Activity (2010), and Social Change in a Material World (2019).  He has also co-edited multiple volumes, including three on practice theory: The Practice Turn in Contemporary Theory (2001), The Nexus of Practices (2017), and Questions of Practice in Philosophy and Social Theory (2018).  In addition, he is author of numerous articles on such social topics as flat ontology, social space, learning and educational practices, large social phenomena, institutional theory, art, social change, materiality, governance, and discourse, as well as many essays on human action and the philosophies of Wittgenstein and Heidegger. Among his current research interests are a practice-theory-of-institutions account of blockchain and, more generally, algorithmic organization; the digital mediation of social relations and associations; and the conceptions of space needed to understand digitalized society.  Schatzki has been a research fellow of the Fulbright Commission and the Alexander von Humboldt Foundation. He has also been a visiting professor or researcher at the University of Exeter, The Max Planck Institute for the History of Science in Berlin, Aalborg University Copenhagen, the Karl-Franzens University in Graz, the Institute of Advanced Studies in Vienna, Lancaster University, the University of Zurich, The University of Bielefeld, The Free University in Berlin, The Charles Sturt University in Australia, the Catholic University Eichstaett-Ingolstadt in Germany, and the University of Bergen.  In the spring of 2018 he received an honorary doctorate from Aalborg University in Denmark.

A November 29, 2021 article in the Daily Nous based on the Scopus index listed Schatzki as the 13th most cited philosopher in the world in 2020. 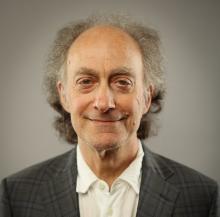