On April 18, 2022, Emily Keaton, at the Showcase of Undergraduate Scholars, provided a poster presentation of, “Fake It Till You Make It.”

For the past three years, Keaton, along with UK graduates Saturn Kendrick and Tori Cruz-Faulk, has been working with Dr. Rosie Moosnick to chronicle the realities that students face on four flagship campuses.

The oral histories that lie behind the work chronicle the lives of students at the University of Kentucky, West Virginia University, University of Florida and University of Mississippi who come from rural, suburban, or urban communities.

What surfaced in the research is that students conceal their struggles even if it means hiding where they come from. And the interviews reveal the frailty of the rural/urban dichotomy and instead underscore class alliances between unsuspected populations. Class, unexpectedly, but not surprisingly, emerged as a salient point of connectivity rendering the rural and urban fixation less consequential.

From the interviews themselves it also became clear that students desperately crave spaces to honestly reveal who they are. 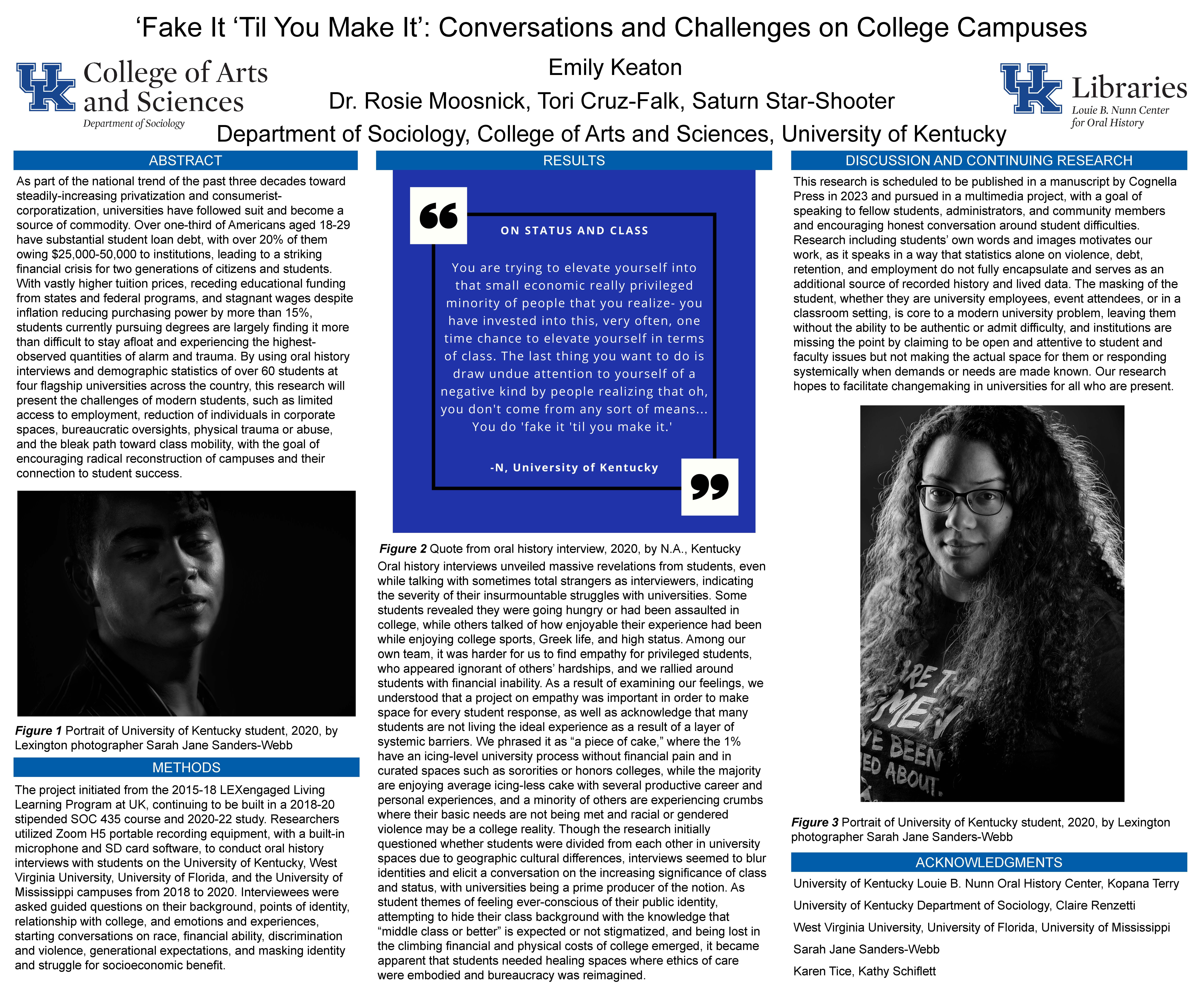