UKNow is highlighting the University of Kentucky’s 2022-23 University Research Professors. Established by the Board of Trustees in 1976, the professorship program recognizes excellence across the full spectrum of research, scholarship and creative endeavors at UK. 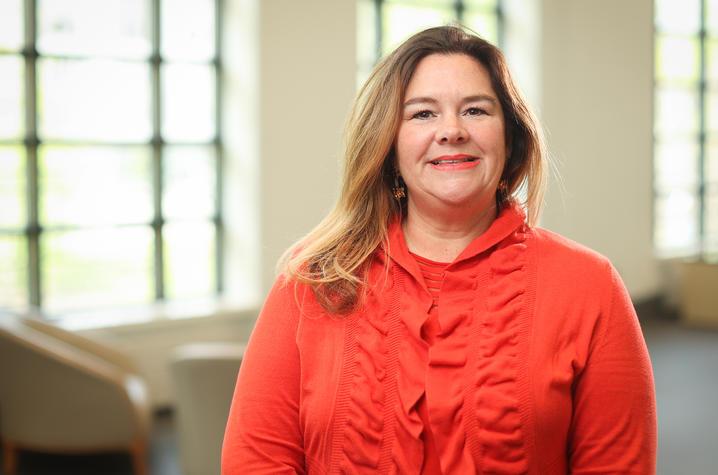 LEXINGTON, Ky. (May 27, 2022) — Carrie Oser, the DiSilvestro Endowed Professor in the Department of Sociology in the College of Arts and Sciences at the University of Kentucky, has been named one of 14 University Research Professors.

The 2022-2023 University Research Professorship Awards honor faculty members who have demonstrated excellence that addresses scientific, social, cultural and economic challenges in the Commonwealth, across the region and around the world.

Individuals who displayed merit in research and scholarly activity within their area of expertise were nominated based on criteria developed by college leadership. Each University Research Professor receives a one-year award of $10,000.

As a health criminologist, Oser is passionate about conducting rigorous high-impact research to improve the lives of individuals with substance use disorders (SUD).

“It’s a true honor to be recognized as a University Research Professor,” she said. “Substance use has personally touched my life, as several individuals in my family and friendship circles have SUDs. I’m proud to say most of my loved ones are in recovery or long-term remission, but one person did not get the medical help they needed resulting in a fatal overdose. This was preventable. These factors are the impetus for my career goal of increasing the number of people with SUDs who can live a productive, meaningful life.”

Oser has received numerous accolades and awards for her mentorship of more than 50 graduate students and early career-stage faculty, with a commitment to individuals from underrepresented backgrounds. As an addiction health services scholar, she leads interdisciplinary teams in conducting rigorous high-impact research to improve the lives of individuals with substance use disorders and promote health equity.

Oser has published more than 100 peer-reviewed papers and her work has been featured in national media outlets. She has also provided congressional testimony and advised policymakers on best practices related to substance use disorder treatment.