As mentioned in my most recent post, in examining some of the imagery from recent floods in Texas, even in non-urban areas human infrastructure such as roads, levees, railways, and impoundments can profoundly influence flooding patterns and channel-floodplain hydrological and sediment connectivity. In several cases I noted that power line rights-of-way were zones of concentrated flow on the floodplain, which reminded me that I have seen similar phenomena elsewhere.

I am aware of work on the role of power lines in landscape ecology—as habitats, corridors, and as a factor in habitat fragmentation. I do not recall ever seeing anything about their role as channels or catch-basins for floodwater. The rights-of-way are typically vegetated, but often short, second-growth shrubs and grasses rather than the adjacent forests and trees. They may also be compacted enough to show slightly lower elevations than adjacent bottomland forests. In any case, they can clearly have strong local influences in channel-floodplain connectivity.

The images below, accessed via Google EarthTM unless otherwise noted, are just a sampling of areas I am familiar with where aerial photographs taken at high flows shows the rights-of-way functioning as preferential flow and/or storage sites on the floodplain. In many other cases I could see no evidence of flood channeling along the power lines, sometimes because there were clearly no flood-stage photographs. In other cases, it would be impossible to tell if the rights-of-way do not preferentially flood, or if there is just no aerial photo evidence without further investigation. 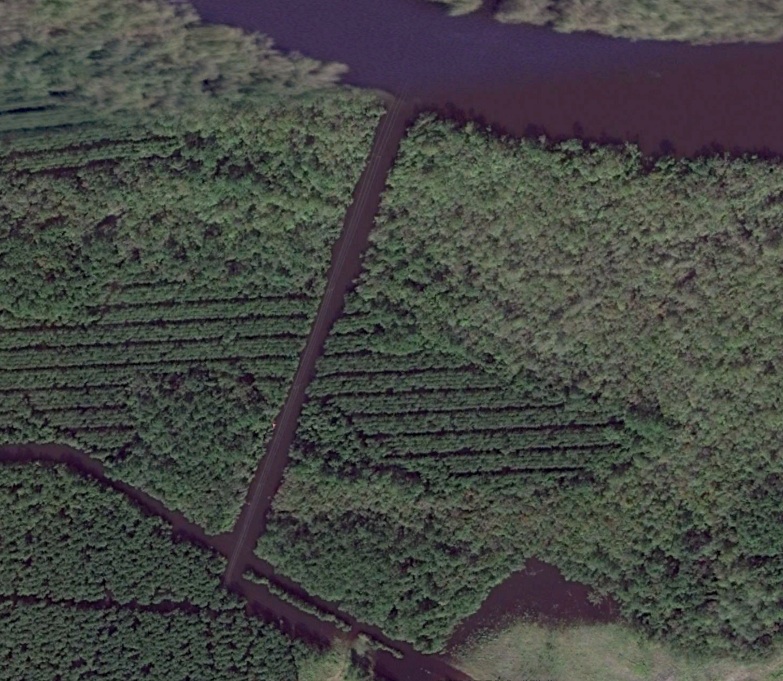 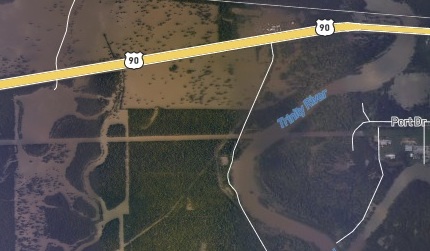 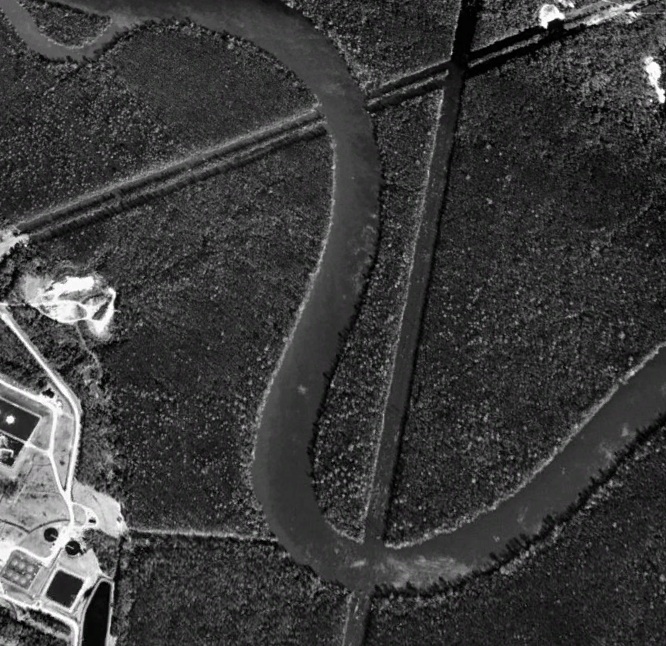