Years ago, in my days at East Carolina University, M.A. student Don Belk (now a planner with the N.C. Department of Commerce) and I worked on issues related to hydrological restoration of artificially drained wetlands in eastern North Carolina. Basically, we found that something closely approaching the pre-drainage hydrology could be achieved in most cases by simply not maintaining the drainage ditches and canals (see this, that, and the other). In this flat, wet topography and humid subtropical climate the anthropic channels quickly accumulate sediment, organic debris, and living vegetation, losing their conveyance capacity and essentially becoming linear detention ponds in a few years. Thus, except for some local water table drawdown during dry spells in the vicinity of the ditches and canals, and whatever peat may have oxidized when the artificial drainage was working, the hydrology can be passively restored. If you don't believe me, ask someone who farms artificially-drained land in the N.C. coastal plain--they'll tell you they have to clean out the ditches every two to five years. 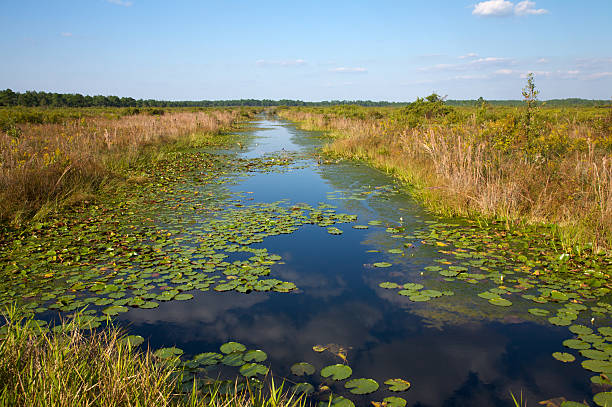 Later on (Don & I were doing our thing about 30 years ago) others added a lot more detail on the processes and mechanisms involved in the loss of conveyance in the artificial channels, including some of my friends and successors at ECU (see, e.g., this).

What we recommended based on our work three decades ago would fall into the category of what is now called passive restoration. In the case of the wetlands we were studying, all you really needed to do was stop maintaining the drainage infrastructure. You do not need to fill in the canals, haul in new substrates, do any landscaping, or bring in nursery plants (unless the propagule source for the desired species has been eliminated). Passive river restoration seems to be at least superficially similar, as it is based on letting fluvial and ecological processes (especially those related to floods and post-flood recovery) operate unimpeded. 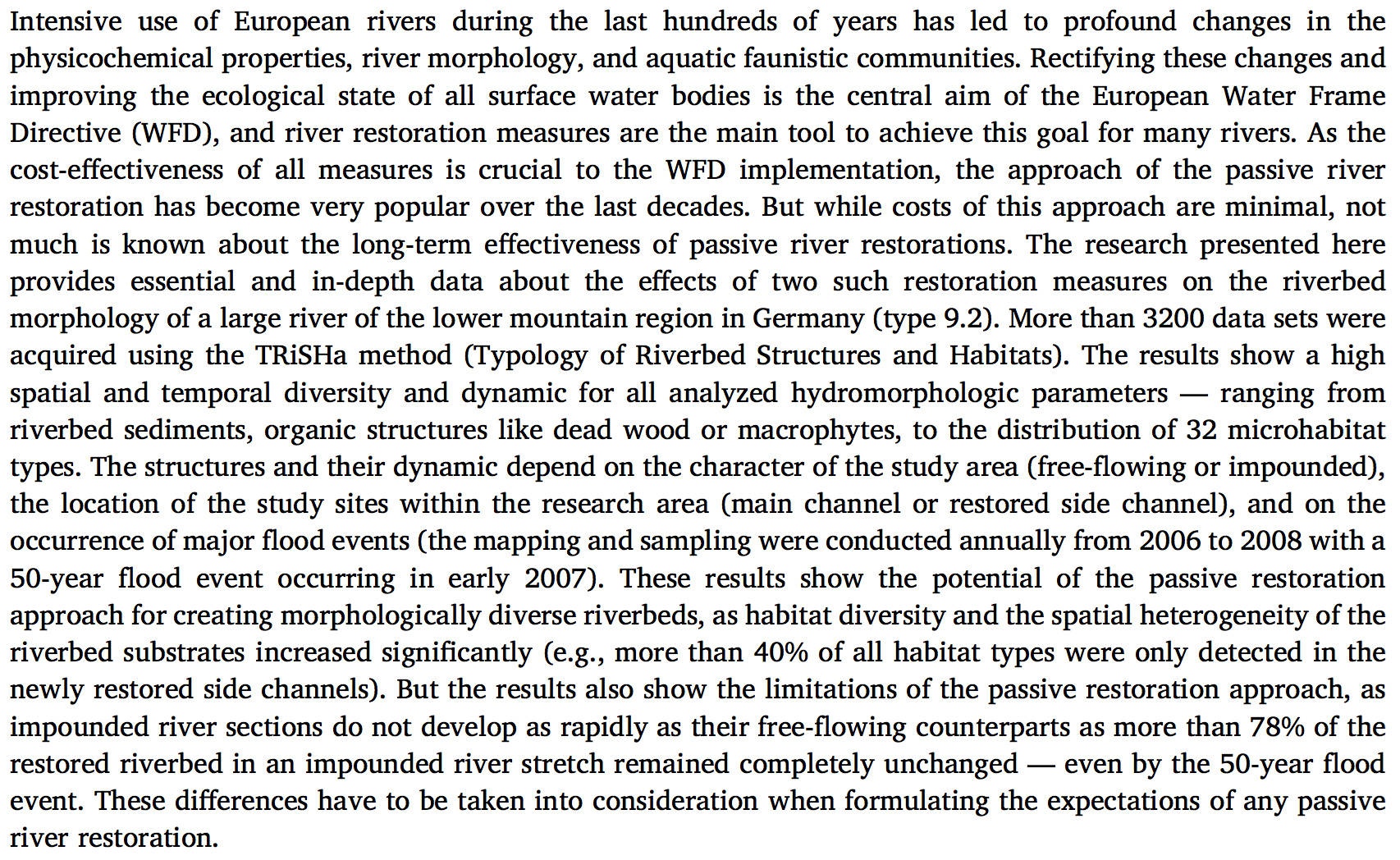 Basically, Groll found that passive restoration can work pretty well--except not so much in impounded sections. That not only points to the importance of at least semi-natural flows, but also to a key difference between this case and those N.C. wetlands. In any kind of restoration project, you have to quit doing whatever it was that degraded the system to start with. In some cases--drainage canals in eastern N.C.--you can just stop maintaining them and they relatively quickly lose the capability to modify the hydrology. You don't have to fill them in. In the case of impounded sections of river, you need the relatively unimpeded flows and therefore the dam has to go. You generally can't just let it deteriorate naturally, because that usually takes too long and may pose serious hazards.

Overall, however, my read of the paper is that it supports the potential for passive river restoration (PRR), at least where flow is not impounded. However, implementing PRR requires overcoming some conceptual and perceptual obstacles:

•Stream restoration and rehabilitation is too often based on a narrow and fundamentally misguided view that there is some (single) "right" or "natural" state for a stream to be in. This ignores the natural variability of geomorphic and ecological systems in general, and streams in particular. It is also often based on normative steady-state or "balance of nature" notions that (however useful they may be as baselines, benchmarks, or simplifying assumptions in models) do not accurately reflect the real world.  In this view PRR that does not seem to be leading toward the putative normative state would be viewed as a failure even though it might be working just fine. Previous blog comments on these issues are here.

•PRR requires a range of flows; particularly high flows. This necessitates a view of floods as necessary and desirable occurrences rather than as hazards to be controlled.

•Change ≠ degradation. Fluvial systems undergo changes large and small, some of them partly or mostly attributable to unintended human impacts. When such changes are readily observed, they are often accompanied by a well-meaning desire to "put it back like it was." But sometimes the change is not necessarily harmful, even if triggered by human activity.

•PRR in some cases amounts to doing little or nothing, and politicians and managers are sometimes under pressure to do something. There are also contractors and consultants with vested interests in river engineering and more active restoration.

The time is right to aggressively pursue passive restoration. Other than eliminating the activities that degraded the system, consider the option of doing nothing.